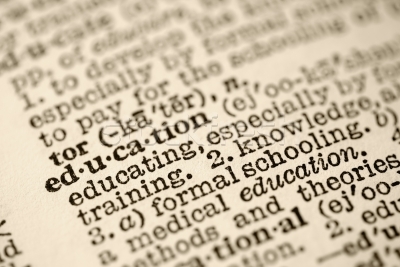 There are many words used in the car care industry and it can get very confusing as to what they all mean as certain manufacturers will call one product a polish but in reality it may be a glaze, so let’s give a brief overview of common words and what they mean. If the product does what the definition describes, then that is what the product technically is, regardless what it says on the front of the bottle.

AIO – All-in-one. Refers to a product that does the job of a cleaner, polish and wax in one. Many off the shelf retail products are AIOs to give the customer an acceptable result with only one product. Sometimes cleaner-waxes are technically AIOs depending on exactly what the product is doing.

Base Coat/Clear Coat – A two stage paint, base being the colour coat and the clear being the non porous protective layer on top of the colour coat to seal and protect the colour from the environment. Adopted as an automotive industry standard in 1992 originally to protect metallic paints and provide depth of colour (they were however used by some manufacturers prior to 1992 as early as 1980). These types of paint systems do not oxidise in the same way as single stage paint did prior but are however subject to clear coat failure if exposed to long term doses of UV. As a reference, most vehicles have less clear coat then the thickness of an A4 sheet of paper!

Car wax – A product that contains a lot of natural ingredients such as Beeswax, Carnauba wax, Linseed oil and Montan wax. In their highest concentration they are usually found in small containers as a thick paste and are usually rated in their grade or percentage of Brazilian Carnauba content.

Carnauba –  A wax of the leaves of a native palm only grown in the northeastern Brazilian states. It is obtained from the leaves of the carnauba palm by collecting and drying them, beating them to loosen the wax, then refining and bleaching the wax. Carnauba wax can produce a glossy finish and as such is used in automotive waxes. Number 1 Yellow is the highest grade of carnauaba wax and is used in most high end automotive waxes.

CeramiClear AKA Ceramic Clear Coat – Invented by PPG it was the world’s first automotive clear coat to use nano particle technology in the final coating, protecting the colour coat while providing a much more durable, glossy appearance. Used on many high end Euro vehicles such as BMW and Mercedes.

Clay Bar – A putty/plasticine-like product that is pushed along the surface of a vehicle with a lubricant to remove any above surface contamination such as old wax, overspray, fallout etc.

Cleaner-Wax – This is a two in one product that cleans the paintwork while at the same time applying a protective wax layer. It saves time by combining the two steps of decontaminating the paintwork and then applying the wax. These are the most common retail level waxes and if you go to a local autoparts store and pick up a bottle of box from the most common car care brands it will usually be a cleaner-wax.

Cut & Polish – A very old term used to describe some of the first polishes that came out on the market years ago that are still available now by certain manufacturers. They are usually non-diminishing and can “hack” away quite a bit of paint due to their extremely aggressive nature. Usually found in a small tin at a very cheap price. Joked in the industry as “rocks in a tin”.

Coating – Very new word used to describe the extremely long lasting man made chemical coatings. Once hardened very difficult to remove from the vehicle due to their near permanent structure. The latest and greatest in the car care industry.

Finishing Polish – The opposite of a compound, a very light diminishing abrasive used to remove light paint imperfections or to remove any marks left by compounding,

Glaze – Refers to a type of chemical full of fillers which can hide light below surface imperfections such as swirl marks, scratches, holograms etc. Sometimes the glaze will be mixed with a polish or a sealant to do two jobs in one. Very commonly used in the body shop industry to hide any imperfections after quickly giving the vehicle a buff or by enthusiasts to give their vehicle that extra bit of gloss for a car show. Glazes usually have very poor durability due to being water soluble and can sometimes come off after only a couple of washes. Glazes have their place in the industry however are sometimes abused by car detailers onto unsuspecting customers.

Holograms AKA Buffer Trails – The shape shifting markings on a panel when exposed to strong light, usually only seen on dark colours. Caused by rotary buffers that have not been followed up by a proper polishing stage or by a mixture of poor technique, dirty pads or cheap product.

Hybrid Sealant/Wax – Most waxes or sealants are actually a mixture of the two using natural and man made chemicals but it can sometimes be difficult to know what category a particular wax or sealant falls into from just reading the bottle.

LSP Ready – A term used to describe the condition of paint that is ready to be sealed with a car wax, a paint sealant or a coating. A paint finish that is LSP ready means that any above surface bonded contaminants have been removed and the majority of below surface imperfections that can be safely removed have been removed leaving behind a predominantly defect-free surface that meets the car owner’s or the detailer’s expectations for finish quality.

Paint Cleaner – A liquid, paste or cream that relies primarily on chemical cleaning agents such as isopropyl alcohol to remove any light above surface contamination or impurities such as overspray, old wal or fallout to restore a clean, smooth surface as part of a process to prepare a painted finish for application of a wax, sealant or coating.

Polish – The most used word in the car care industry and probably the most misused or misunderstood due to car care manufacturers using the word on everything from a wax, sealant or glaze. The true nature of the word is to mean an abrasive which can remove below surface imperfections such as swirl marks, scratches, holograms etc. Modern polishes are diminishing abrasives which are used in paint correction.

Sealant – A man made mixture of chemicals usually in a polymer base that recreate the characteristics of a wax but with more durability.

Single Stage Paint – Before Base Coat / Clear Coat paint systems were used, automotive manufacturers used porous unsealed paints on vehicles that were usually softer then modern day clear coated paints. Due to their unsealed nature they easily oxidised and faded out in the elements. Some vehicle manufacturers still use single stage paint on white commercial vehicles. Easy to tell single stage paint due to getting colour transfer on a microfiber cloth when rubbed with a polish.

SiO2 – Silicone Dioxide is a chemical compound also known as Silica and is found in nature in the form of Quartz. Silica is one of the most complex families of materials, existing both as several minerals and being produced synthetically. It is the main chemical used in modern day Gyeon Coatings.

Swirls – Millions of microscopic scratches in the paintwork that appear to be in a circular motion when a strong single light source shines onto the panel. Caused usually by microscopically scratching the paintwork during the washing or drying process.

We will keep adding to these as we get asked about certain words or as new terminology begins to be commonly used in the industry.

What are “Gyeon Quartz Cloth” Coatings?
Scroll to top